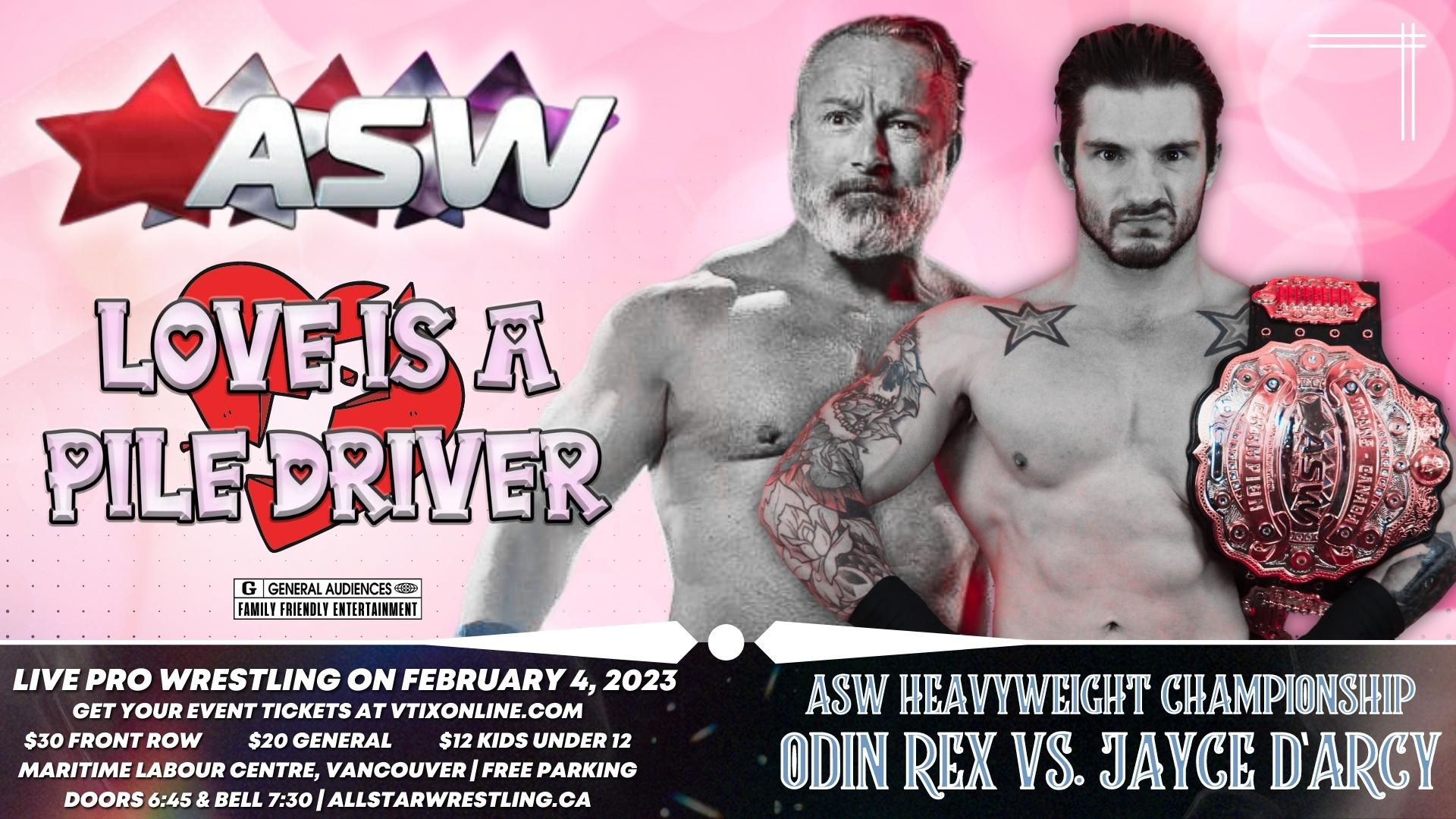 NO DQ! For the ASW Cruiserweight Title, 'Backstage Pass' Bradyon Goss will defend against Danni Deeds, who stole his belt in December and has been carrying it around!

A battle of two heavyweights vying for a Heavyweight Title Shot - Mr. Ferguson returns to ASW to take on the Mighty Lokomobo with sidekick Denzel

For a Bye in the upcoming Pacific Cup Tournament: Elliot Tyler vs. Casey Ferreira

Dance Daddy Red Nero wants to dance, dance, dance, but the The Momentaker, Jordie Taylor, is unlikely to give him a chance. We are not expecting a dance off in this matchup

Scotty Mac, the Controversial One, will be in action!

The monster Wrath has put out the challenge to take on multiple opponents - who will answer the call?

More action to be announced!