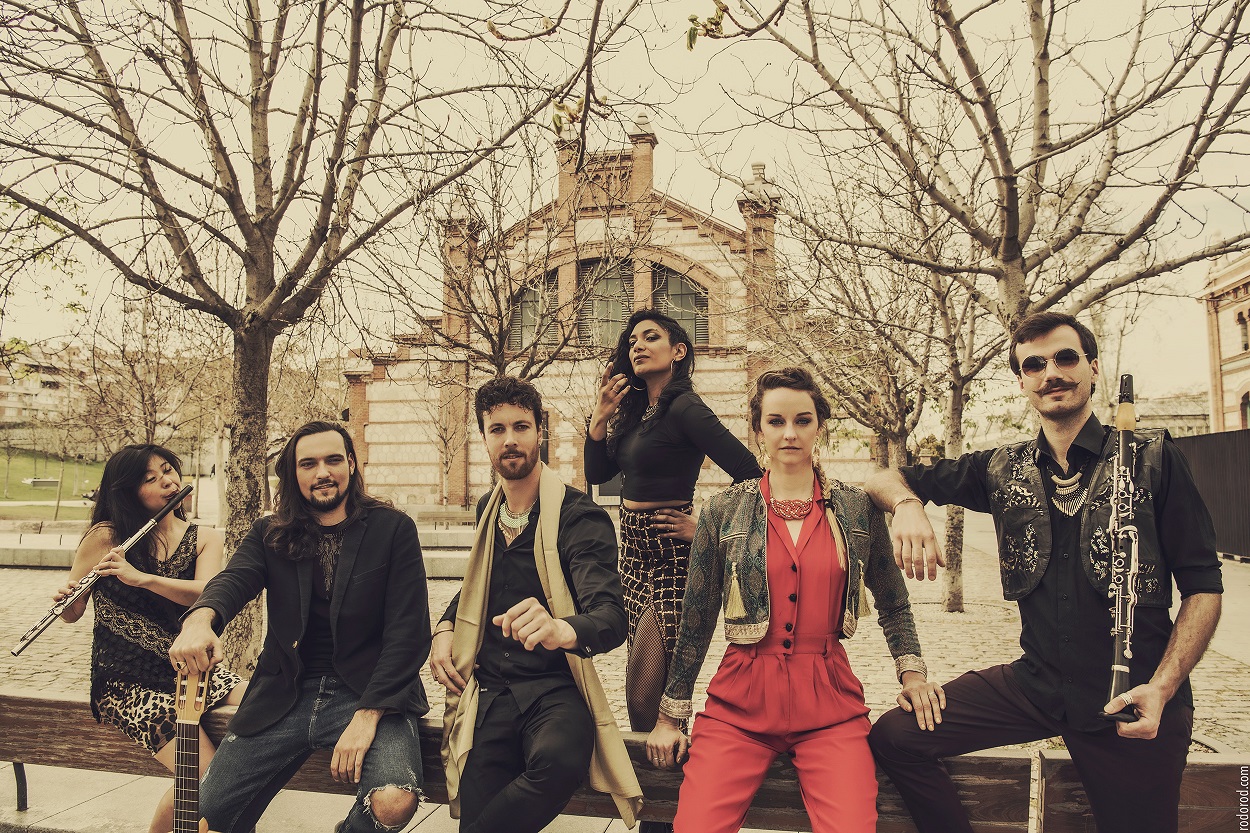 ADVANCE TICKETS SOLD OUT. SOME TICKETS MAY BE AVAILABLE AT THE DOOR WHICH OPEN AT 7PM

Qairo is a fiery and dynamic ensemble that combines the emotional charged vocals and pulsing rhythms of flamenco dance with the infectious melodies and ear-popping tonalities of the Mediterranean diaspora. The seven person ensemble’s tight-knit and eclectic members hail from France, Spain, Canada and Turkey to create unique blend of world music.

From Spain to Turkey to India (with stops along the way), Qairo is music for dancing — no matter where you’re from. It’s Turkish micro-tones played on an Indian bansuri flute, original flamenco verses “sung” by a clarinet, Balkan rhythms punctuated by Andalucian guitar, and flamenco footwork pounded out like improvised jazz. Qairo is guitar, oud, clarinet, bansuri, saxophone, cajon, electric bass, cante (flamenco song) and baile (flamenco dance) acting like they belong on stage together — and pulling it off.

The ensemble’s tight-knit and eclectic members hail from France, Spain, Canada and Turkey and have roots in Italy, China, Japan and India. Singer Alejandro Mendía (Bordeaux), and dancers Lia Grainger (Toronto) and Deborah “La Caramelita” (Bordeaux) met in Seville in 2012 and toured Canada and Europe for years with their flamenco ensemble Fin de Fiesta Flamenco. In 2019, ready to incorporate new musical and choreographic influences into their work, the four artists joined forces with flamenco guitarist Manuel Vazquez (Bordeaux), percussionist Gaétan Diaz, bassist Thomas Boudé and clarinetist/saxophonist Dorian Zavatta (Izmir, Turkey). Together, they have composed an album of entirely original songs that delivers a message of hope, love and longing inspired by folk tradition and infused with an eastern spiciness that will get you on your feet and dancing.