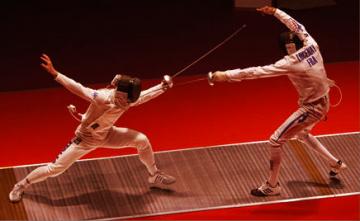 The Vancouver Men’s Épée Grand Prix is one of only three Men’s Épée Grand Prix competitions to be held in the 2012/13 fencing season, and the only in North America. It is worth twice the points of a non-Grand Prix World Cup, which means that many of the best fencers in the world, the athletes attempting to win the coveted title of overall world cup points leader, will be in attendance.

The event is hosted by the Canadian Fencing Federation (CFF) and British Columbia Fencing Association (BCFA).