Home : The Brice Tabish Band With Special Guests, The Twitch, and Charlesberg : 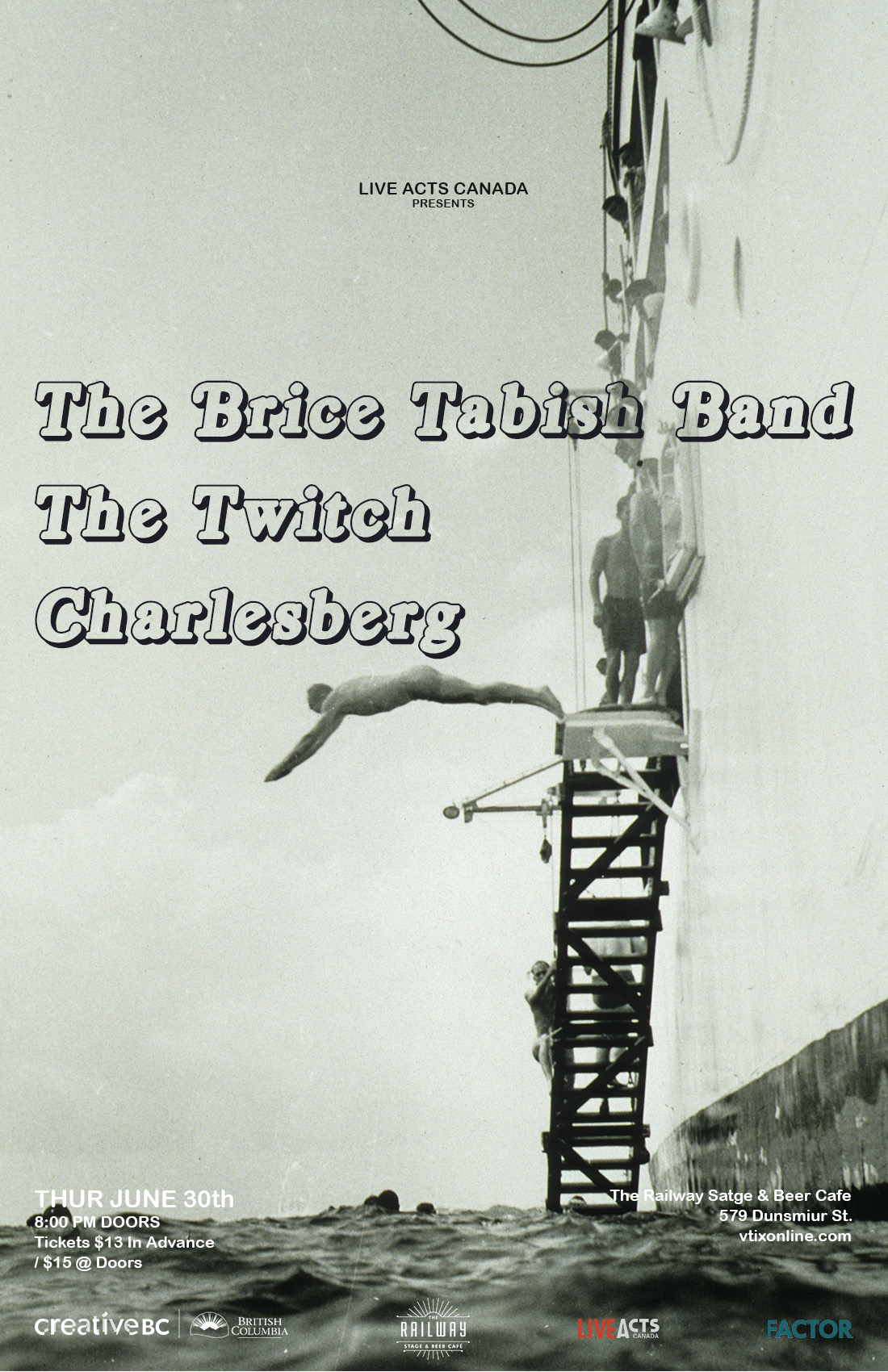 The Brice Tabish Band With Special Guests, The Twitch, and Charlesberg

The Brice Tabish Band With Special Guests, The Twitch, and Charlesberg

While all members of The Brice Tabish Band (BTB) grew up on a strong diet of British and American classic rock bands, their own music has retained all of the emotional strength with only some of the bombast.

BTB brings the early influence of jazz rhythms on classic rock music, now largely lost, back to our attention with their funk and blues-inspired brand of original hard rock.

BTB promises to offer something to rock lovers of all generations, from those who appreciate the swing and grit of contemporary blues rockers such as The Black Keys or The White Stripes, to those who have completely warn out their copy of Made in Japan or Let it Be.

The Twitch are nothing but pure "Rock and Roll" from Vancouver Canada. They take the classic spirit of 1971 to 1978 and infuse this classic rock sound in all they do and are. Rocking out and letting free love rule supreme. As the band say: "This is the art we love, we all see the Earth, the Moon and the Stars and we are all part of this crazy planet rocking it to the core". Its easy to say that these guys are certainly doing what they love and that the love is the best kind that only comes from being part of the best era to be alive, the sixties and seventies!

The Twitch bring their time machine rock to their audience. The message is have a good time and Rock n' Roll. They believe that music is meant to be enjoyed and you live through your music and see the world as the band does with a glass of Jack in one hand, some rose coloured glasses on and your music loud. Back to the era before POP and where the immortals such as Led Zeppelin, The Beatles, The Rolling Stones and The Who inspired the young generation of rockers, who then passed down the crown of rock through the generations, passing through to The Twitch where they continue this legacy. They salute the immortals, drink from the golden cup of Rock and then punish their followers senses with Raw Classic Rockingness .

Check out the shop page to purchase the sacred tablets of Rock, join the mailing list and check out where The Twitch are set to crush it near you! THE TWITCH ARE ROCK AND ROLL !