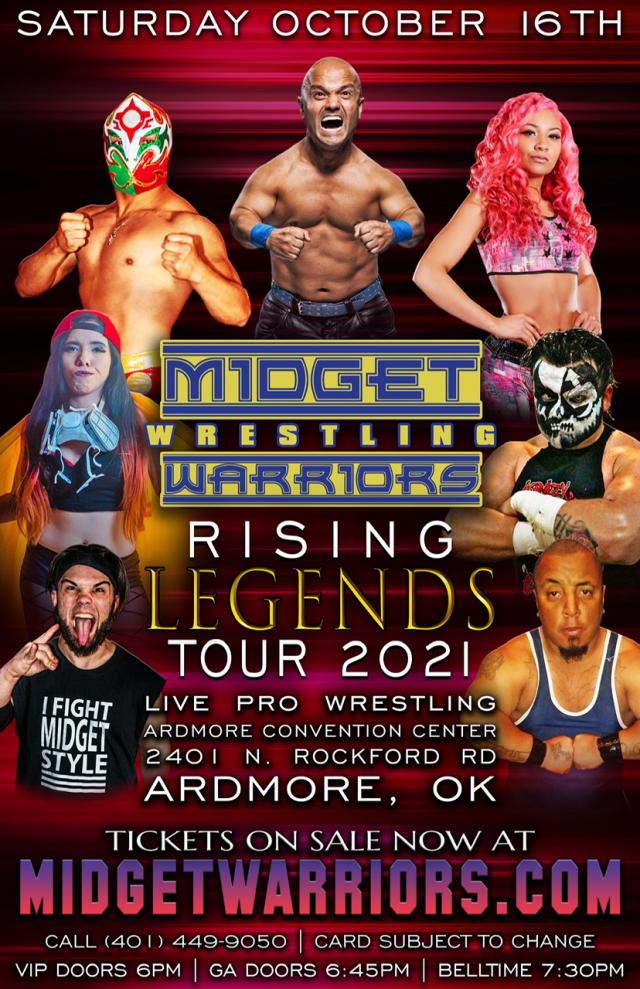 All tickets can be upgraded to VIP for an additional $10 per ticket.

The Midget Wrestling Warriors is a New York-based company that has been running since 2014. We feature the top wrestlers from across the United States, Canada, and Mexico. Our mission is to give our athletes, who are 5’2” and under, a wrestling company where they can showcase their athleticism, talents, and passion in a professional environment and give wrestling fans of all ages a night of wrestling that will create memories to last a lifetime!

This is the first time the Midget Wrestling Warriors are in Ardmore and we are excited to showcase our talents and athleticism to you. You do not want to miss this show!

This is an all-ages show

Matches are subject to change without notice

*There are no refunds on tickets*